Triton32 is a grass-roots planned full-scale exercise comprised of both public and private emergency service providers. This exercise is a response to 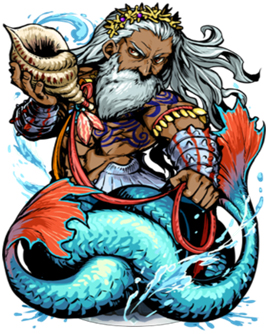 the need for actionable intelligence on the readiness of the Oregon Coast region to respond to a Cascadia earthquake/tsunami event. Your participation will greatly enhance the ability for emergency planners to understand current levels of resiliency and response to such an event.

Primary objectives for the event are modeled around current plans to use Cape Blanco Airport as a primary ingress/egress for support, logistics, and casualty collection. This exercise will be the first test of what may be the most critical component of a national effort to respond to the Oregon Coast community. Exercise objectives are as follows:

A Cascadia Subduction Zone earthquake and the resultant tsunami is one of the greatest threats to the Pacific coastline. The nature of this epic disaster not only threatens the lives of millions of people, it jeopardizes every facet of American culture and ubiquity on the West Coast. Our best and only defense is the complete synthesis that must occur from individual preparedness and a comprehensive governmental response. It is from this premise that Exercise Pathfinder Triton32 takes its course and formalizes objectives.

The Oregon Coast is a rugged and beautiful national treasure stretching approximately 363 miles. A demanding mountainous divide separates the wild beaches from the verdant and more populated valley to the east. Isolation is endemic to hundreds of coastal communities resulting in a threat to hundreds of thousands of lives and nearly a billion dollars in economic stability for the region. A Cascadia-fault slip is predicted to catastrophically effect 94% of the of the transportation infrastructure of the coast. This mandates that aid coming from outside the region be conveyed largely by air or sea based assets.

Cape Blanco airport in northern Curry County is a diamond in the rough. This World War II-era runway was built as a launching platform for long range bombers of the day; however, infrastructure was never built to support the standard cargo aircraft of today. The Cape Blanco airport is projected to be the only substantial runway to survive an earthquake or tsunami for the entire Oregon Coast. Pathfinder Triton 32 will test every aspect of utilizing the defunct installation as a primary point of collection and dissemination.